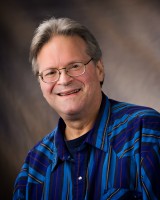 Jack has been in broadcasting since it was two soup cans and a piece of string. He loves being on the air and looks forward to being a part of his listeners lives each and every day. He has worked in markets big and small and really enjoys becoming part of the community, he brings a passion for radio into the office with him every day and it can get messy at times....Things you should know about Jack....He enjoys all types of music but country is his first choice....He is a steak and taters kinda guy.....and he is one of three people who will admit in public that they are friends with Cramer.....but he never admits it loudly.....Join Jack weekdays from 6am till noon and email requests to him at jack@wifefm.com, and don't tease him too much about being friends with Cramer, he already feels bad enough about it.